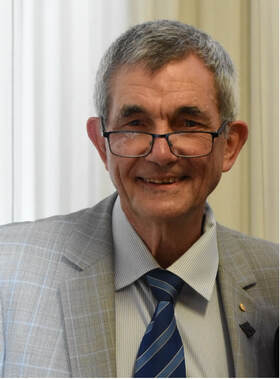 An honours medical graduate of Monash University in 1974, Professor Waxman has been a consultant colorectal surgeon, with directorships in surgery for 30 years at Monash Health with a career focused on education and training through academic appointments at Monash University and the Royal Australasian College of Surgeons (RACS) Council and various committees, and in 2008 was awarded the RACS medal.

For ANZGITA, Bruce will coordinate the contribution of trainers who are also surgeons to ehnance the skills development for all trainees. The inclusion of surgeons in ANZGITA programs highlights the teamwork and collaborative nature of gastroenterology, bringing surgical decision making into the educational experience. How we make best use of that inclusion for all trainees, not just those that are also surgeons, will be Bruce’s task to guide.

Bruce has supported his craft groups of: colorectal surgery through executive positions in the Colorectal Surgical Society of Australia and New Zealand and international societies for 25 years and appointed Honorary Life member in 2015; Scouts Australia as a Group Leader and Medical Director for the Victorian Contingent at the Australian Jamborees for 15 years; the RAAF Specialists Reserves as Squadron Leader for 15 years; and the Royal Flying Doctor Service of Australia, Victoria, for 22 years as a Director on the Board and Medical Director.

For services as a clinician, administrator, and teacher he received the Order of Australia Medal in the Australia Day honours in 2014.

He retired from surgical practice in 2014 and transitioned into medical administration as Chief Medical Officer at Wonthaggi Hospital, Bass Coast Health (BCH) and completed a master’s in health service management at Monash University in October 2021.

In February 2021, he transitioned back into a Medical Education role with Monash University as Clinical Dean, Monash Rural Health Wonthaggi, Clinical School and appointed Adjunct Associate Professor, Monash Rural School Gippsland. Simultaneously he took on the role as Chair, Accreditation Committee, and in 2022, Clinical Lead, Accreditation Team, Postgraduate Medical Council of Victoria and Facilitator with the Teaching on the Runprogram

He is married with 5 children and 8 grandchildren with interests in a farm growing wildflowers on the Mornington Peninsula, rowing, aviation and WWII history, and in the last as President of the Friends of the Odd Bods Association Inc., pressing on – remembering RAAF aircrew who served in WWII.