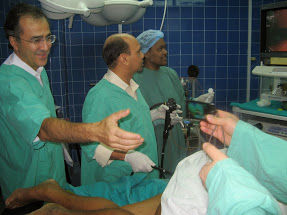 Dr. Peter Katelaris (left) engaged in training
ANZGITA is the supporting partner in the World Gastroenterology Organisation's Training Centre located at the Fiji National University (FNU) in the Colonial War Memorial Hospital, Suva. The centre has been open since 2008.  The highly effective centre is progressively engaging physicians and surgeons from across the South Pacific region. The Director is Assoc Professor Jioji Malani, supported by Dr Mai Ling Perman and ANZGITA co-directors Prof Finlay Macrae and Assoc Prof Chris Hair, our Pacific Programs Leader. Read about Chris's passion for his work.

The first mission of GeFITT, ANZGITA's predecessor organisation to Suva, was in 2007. There have been annual missions since then and all have been successful. ANZGITA also actively supports the Training Centre with donations of endoscopy equipment and accessories. Fiji now has very competent endoscopy services and all of the South Pacific islands are now equipped with at least diagnostic endoscopy. Further up-skilling occurs each year. 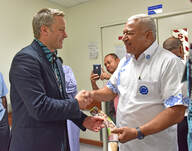 Assoc Prof Chris Hair, Pacific Programs Leader, with Mr Frank Bainimarama, Fiji PM, at the 2017 program opening
Over 2019 and 2020 ANZGITA will further develop the training of Dr Aminiasi Rokocakau of Fiji in ERCP procedures following his fellowship at Royal Melbourne Hospital (RMH) in 2018 where his training was initiated. This will be a purely voluntary exercise accomplished due to the dedication of a team of trainers supported by generous industry partners.

The training will be done at Dr Rokocakau’s workplace – the Colonial War Memorial Hospital (CWMH) in Suva. Teams formed from experienced ERCPists (currently including 6 from Australia and New Zealand) and nurses will volunteer their time to provide the training. One of the teams will visit Dr Rokocakau monthly for a 3-day period leading him in the further development of his skills. A nurse experienced in supporting ERCP procedures will go on most visits to assist and provide skills training to CWMH nurses.

The Fiji Ministry of Health and CWMH administration and medical management have endorsed the program and are working with Dr Rokocakau to ready the necessary facilities and support services at CWMH. The Australian Government through its PIP program, which is administered by RACS, will cover the expenses incurred by the volunteer clinicians who are providing their services pro bono. ANZGITA has used donated funds to purchase two latest-release Fujifilm duodenoscopes from CR Kennedy at a discounted price negotiated on our behalf with Fujifilm.

Equipment reprocessing, accessories and other needs are being supported by Montserrat Day Hospitals, Cantel Australia, Whiteley Corporation and CK Surgitech who have all donated equipment, materials or services towards the program. We are currently in discussions with other major suppliers for further donations-in-kind.

A trainee assessing results
A 4 week period of concentrated training is held annually at the Training Centre as part of the gastroenterology module of FNU's School of Medicine, Nursing and Health Sciences postgraduate Diploma and Masters curriculum. Physicians, surgeons and nurses from other South Pacific countries also attend.  The program has 3 major components: Structured assessments of competency are completed, with trainees being assessed as they enter the program and as they leave - with a measurement of the competencies achieved in the month so documented.

Australian team with Assoc. Prof. Malani in 2009 at the entrance to the Colonial War Memorial Hospital
Nurses have been part of the training teams since 2009.  From the early years of the  programs, it was recognised that the Gastroenterology Endoscopy (GE) Nurses have a fundamental role in the delivery and organisation of safe endoscopy services. Regional nurses are encouraged to accompany the endoscopy trainees to the annual month-long program, where GE nursing skills are passed on by ANZGITA GE Nurses, which has proved exceptionally valuable. The GENCA website features reports by nurses on the 2014 program.

Surgeons have been part of the program. Surgeons with endoscopy skills have been selected as the program is best organised in Suva around training in endoscopy.  Although surgeons have interacted with the local surgeons in surgery, it has been somewhat difficult to establish this connection effectively within the Suva surgical community.  Our teams are working to further this communication.

Trainees, many of whom have been surgeons practicing in the region, have come from Fiji, Kiribati, Samoa, the Cook Islands, Micronesia, the Solomons, Tonga and several other regional countries.

The program has met with universal acclaim from the academic faculty at FNU, the Dean of Medicine at FNU, the medical superintendent, the Fiji Ministry of Health and the Australian High Commission in Suva. Reports on the program for 2014 to 2016 can be downloaded below. As in previous years, there was an emphasis on ‘Endoscopy Training in Totality’. The delivery of the training, with all its component parts (including administration, access to equipment, maintenance, service organization, cleaning, GI Nursing, endoscopy training and now Train the Trainer training) is recognised as being far more valuable than just transferring endoscopy skills.

The Fijian endoscopists, who have participated in the program now for several years, have gained a level of skill to now be able to train colleagues from other centres.  This obvious improvement and growth is pleasing as it reinforces the fact that the program is meeting its goal of transferring skills. Each year these skills are expanding so the trainees are moving into the role of trainers.

Success stories:  In 2017, Allana Parkes was a nurse volunteer on the training program and prepared a presentation for fellow nurses on her experience, which may be downloaded below. In 2016, all the trainers felt the course had been very worthwhile and effective in transferring skills.  All enjoyed their experience and appreciated the welcome they received in Suva.

Also below are two short reports by doctors on their involvement in the 2015 program. The September 2015 newsletter of the New Zealand Society of Gastroenterology (NZSG) has a note (page 3) by Martin Schlup on his two week involvement in the 2015 program, and the November 2015 RACP News had a note (article extracted) by Greg Lockrey. (Thanks to RACP and NZSG for permission to republish.) 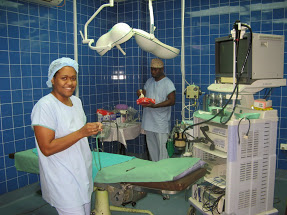 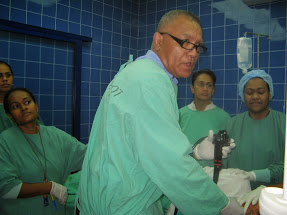 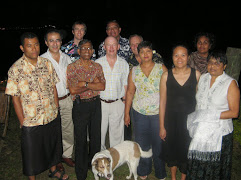 Social Event at a Training Program