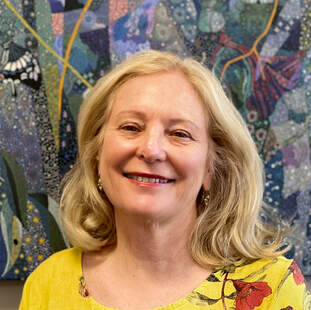 Dr Robyn Nagel a gastroenterologist from Toowoomba, Queensland, is taking over from Tony Clarke as our Programs Coordinator. In that role she will be responsible for organising all our in-country training programs and working with the Program Leaders for each country on successful program delivery. She will also work with Chris Hair on our overall education activities and coordination with the virtual training and mentoring activities he leads.

Robyn and Tony have started a handover in March 2022 which will be complete by the time Tony retires from the Board at the AGM later in the year. Robyn was a trainer on the second ever Fiji training program in 2008. If she can, she plans to attend this year’s Fiji program.

Robyn graduated in medicine at Melbourne University in 1977 and completed her specialist physician qualifications in 1984. She spent 5 years in post-graduate study in England, the first two in Shrewsbury, Shropshire in a general Gastroenterology Unit. The following three years were spent researching liver disease at the King’s College Liver Unit, London.

Robyn was awarded her PhD from the University of Queensland in March 2016 (her thesis was entitled “Are Blastocystic species clinically relevant to humans”). She is an Associate Professor with the School of Medicine at Griffith University and a recent graduate of the Australian Institute of Company Directors.

Robyn is a member of the Royal Australasian College of Physicians, the Gastroenterology Society of Australia (GESA), the Crohn’s and Colitis Association and the Continence Foundation of Australia. She is a Senior Lecturer at the University of Queensland and has represented the Downs Region on the Queensland College of Physicians Committee, the Queensland Australian Medical Association (AMA) and the educational committee of GESA. Robyn has worked with Queensland Health at the Royal Brisbane Hospital Gastroenterology Unit in 1990 and Toowoomba Base Hospital from 1992-2002 and has been engaged in private practice in Toowoomba since 1992.