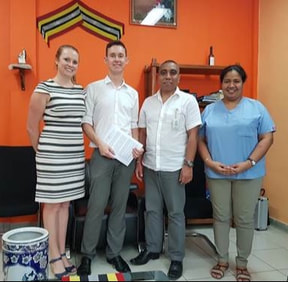 Following the arrival of Australian-trained gastroenterologist Chris Kiely in Dili in early 2016, and HNGV's agreement to establish a gastroenterology unit, ANZGITA Director Di Jones visited in August 2016 to train nurses and assess the unit’s capabilities and potential for assistance in moving towards a self-sustaining endoscopy unit over the coming years.

After a plan of engagement was approved by the ANZGITA Board and HNGV, two training programs were held in 2017. Chris took on the additional responsibility of program leader on behalf of ANZGITA. A Memorandum of Understanding (MoU), approved by the Ministry of Health, was signed with HNGV in 2017, cementing a continuing partnership between our organisations. In 2017, 950 gastroscopies and 200 colonoscopies were performed.

Following a gap of two years, a Timor-Leste Training Program was run over two weeks, rather than the usual one, in August at the request of the HNGV unit. Two teams of 2 doctors (Chris Kiely, Damian Harding, Robyn Nagel and Tony Rahman) were assigned for a week each. Two nurses (Rachael Helm and Johanna Whiteley) were assigned for the two week period. In addition Peter Longden, an anaesthetist, was also part of the team in week 2. Unfortunately Damian Harding fell ill just before departure and had to pull out. He has fully recovered.

The structure of the program generally included endoscopy lists in the morning, which often flowed into the afternoon, followed by a lunch break, and lectures or tutorials in the afternoon if time permitted. Dr Celia Santos, the HNGV Program Leader, had arranged 8-10 training cases per day, with a focus on interventional gastroscopy and diagnostic colonoscopy. The ANZGITA nurse trainers guided their Timorese colleagues on procedure protocols and provided refreshers on endoscope decontamination and the use of endoscopy accessories. The dedication of the nurses to safe endoscopy practice through the use of the ANZGITA funded reprocessing and storage system is commendable.

The volume of endoscopy has increased over the past two years although Covid did present challenges for the unit. Two registrars are now attached to the unit which continues to have a positive impact on the treatment of inpatients and outpatients of HNGV. Both registrars will be undertaking further training in gastroenterology in China in the coming weeks.

The program was a success and Program Leader, Chris Kiely, has recommended another program in the first half of 2023.

In September 2018, the semi-automatic endoscope reprocessing system (pictured below) was installed at Hospital Nacional Guido Valadares (HNGV) in Dili, the capital of Timor-Leste.  It was the culmination of over two year’s work by Dianne Jones, supported by others, to specify and source a system best suited to a developing country's conditions. The system enables the learning of best-practice skills and procedures for reprocessing during intensive training sessions by visiting ANZGITA teams and, most importantly, supports endoscopy practice which is free from equipment cross infection. Cantel Australia supplied and installed the system using equipment from a Chinese supplier, and committed to a multi-year support arrangement. The project was funded through a generous donation by the Ainsworth Foundation.
A Drying & Storage Cabinet Project has also been completed in 2022. More to follow.
It will enable endoscopy procedural practice free from equipment cross infection at all times. 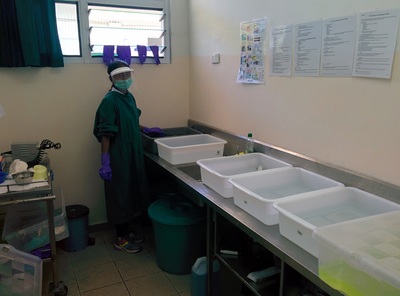 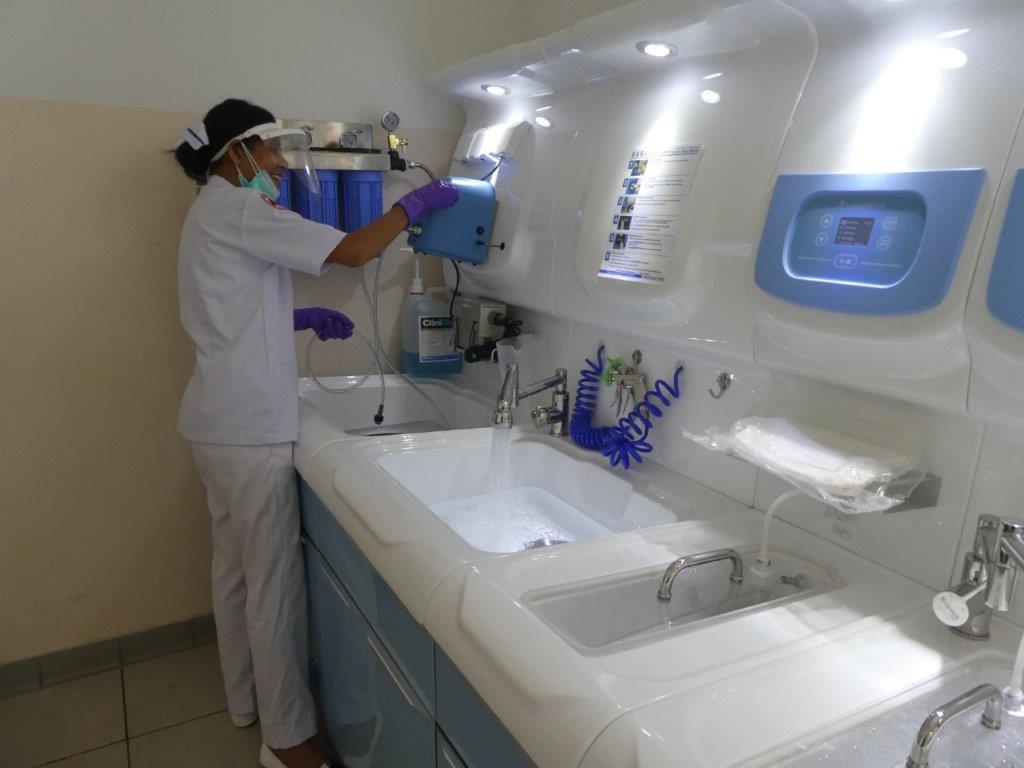 Newly Installed Reprocessing System
Whiteley Medical kindly donated a further pallet of cleaning products to be used with the system. The company also sponsored the attendance of HNGV's lead GI nurse, Mrs Augusta Menezes, to AGW2018 and to Logan Hospital to observe the operations of an Australian endoscopy unit.

Initially Drs Sydney Chung (Hong Kong) and Stephen Pianko (Melbourne) donated Olympus scopes and equipment. Olympus Australia have subsequently supplied further endoscopes and are providing on-going maintenance and support. They also plan to visit HNGV in 2019 to provide training on the care and support of their products.

Information relevant to training programs is available below to download.