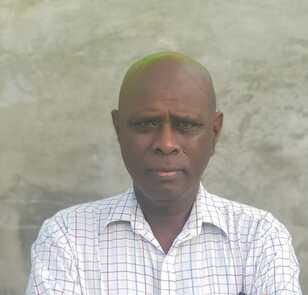 Dr Rooney Jagilly, a general surgeon with interest in pediatric surgery, is a member of the Solomon Islands endoscopy team. He grew up on Simbo Island in western Solomon Islands, receiving his undergraduate and post graduate medical education in Papua New Guinea.

According to Rooney, he became a surgeon 'by accident', enjoying a surgical service rotation while training in emergency medicine. Working at Kirakira Hospital in Makira Province, Rooney felt that surgeons were valuable on a team as they could practice medicine and do surgery, especially in remote areas.  As a surgical registrar at NRH during the tensions of 1999-2000, Rooney dealt with threats from guerrilla forces and worked without pay when the government essentially collapsed.  He learned skills in pediatric surgery in Melbourne under Rowan Nicks, Pediatric Surgery Fellow, sponsored by RACS.  In addition to clinical care, Rooney has served in many administrative positions; medical superintendent, head of the surgery department and chairman of the medical training committee.  He oversees and interfaces with teams that visit NRH.

Rooney plans to retire in the next few years but wants to ensure the surgical service is adequately staffed before doing so. He plans to split his time between Honiara and Simbo and looks forward to spending more time with his daughter and two young sons.