Travelling the pacific with a scope - My Story (so far)

Dr Chris Hair
ANZGITA member and clinical teacher since 2010
I’m writing this to share my experience and my emotions in regards to a few on the incredible things I have been part of over the past 7 years. I am a director of ANZGITA, and before then an enthusiastic volunteer physician travelling with other like-minded individuals, sharing my skills and friendship with my colleagues across oceania. It has been 8 years since I qualified as a consultant gastroenterologist, and this has been part of my life, and I have considered it part of my career since day one. Moreso, it has become part of me.

I once overheard a conversation between a couple of my senior colleagues discussing my involvement in the pacific when I overhead one of the gentleman say “he’s been bitten by the bug”, which was noted in direct reference to my passion for this work. Not only have I been bitten by it, but I am completely infected by it.

Often when I feel emotionally and physically exhausted within my Australian workplace, my thoughts take me to these far away countries, and to the people whom I have met, from doctors and nurses, to taxi drivers and nuns. To the children that face death from preventable disease, and to the young adults who die from them. I like to think that I make a small difference. When I distract myself from these thoughts, I feel alive again, reinvigorated and even more motivated than before, as if the mental and physical exhaustion has been blown away like soft sands in the warm pacific trade wind. 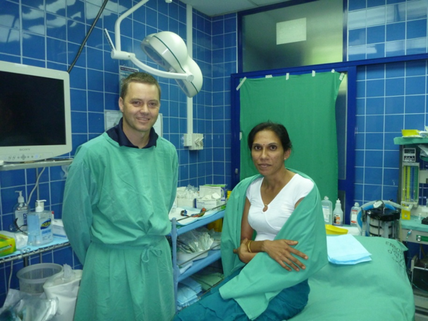 Figure 1: A year later, a fit and healthy Fijian woman, who nearly lost her life to a manageable GI condition
Fiji:
During my first experience in Fiji I was lucky to meet a woman from a small village in northern Fiji. She was my age, her kids the same age as mine. She was dying. She was unable to swallow. Her weight was dangerously low, now 26kg , yet she was my height, and she was skeletal. She had accidentally swallowed a corrosive liquid and it had destroyed her oesophagus, leaving it badly scarred. Until this moment, all that my colleagues could demonstrate was the terrible strictures in her throat that would not allow the smallest of fluid down. She was being considered for an enormous operation; even by western standards it would be a highly morbid one, but here it would be an operation she would certainly not survive. This situation would have never arisen in Australia, where she would have received a simple safe procedure lasting 10 minutes – a gastroscopy and dilation of these strictures. Here we were, in a limited environment but with enthusiastic learners.
​
I was able to teach my colleague, Dr Mai Ling, to dilate these strictures with the donated endoscopy equipment and supplies on hand at that very moment. In that very procedure, Dr Mai acquired the skill to save this mother’s life. I returned 12 months later, she was alive. She was 56 kg, and working again (fig 1). Her children were well, and more importantly, they had their mum.

I could not stop there, overjoyed by the outcome delivered by a colleague, I wanted more. The bugs were biting again. I returned another 3 times over the next 2 years, and have been part of a wonderful, thriving and ongoing teaching program ever since. I was delighted to develop an international fellowship program for two Fijians who came to Australia for endoscopy and gastroenterology teaching in 2012 and 2015, and I am proud today to be the Fiji Program director on behalf of ANZGITA. ​ 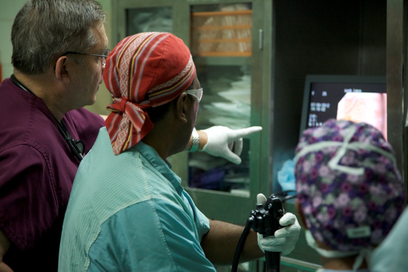 Figure 2: Endoscopy teaching in NRH, Solomon Islands
Solomon Islands
I was fortunate to be connected to an honourable surgeon from California, who dedicates her time to the people of the Solomon Islands through teaching and education and health policy development. We had taught a few of the Solomon Island doctors in Fiji in the years previously, but had not heard of their success. Through an invitation from Dr Doug Pikacha, I visited the Solomon Islands with a small group of American physicians and nurses in 2012. Douglas had developed a small endoscopy service, with good capacity in one of the most challenging environments I have seen. With one of the poorest health budgets, the team had succeeded in performing safe, simple endoscopy. Moreso, they were now seeing disease before deciding to operate on it and screening for disease, and potentially avoiding it (as per bowel cancer).

However, in such an environment and incredible poverty I found myself asking questions including: Is such a resource-consuming, maintenance-dependent procedure like colonoscopy more valuable than basic antibiotics and emergency surgery in this environment?  Shouldn’t all our concentration be on these simple measures, not development of such a specialist skill? Does endoscopy really have a place here?

I was reminded by a colleague, that the questions are not for me to pose. In fact, access to these skills was welcomed by these doctors, enthused even. Having this skill strengthened their desire to remain in such an environment and provide their otherwise highly skilled services. Endoscopy and our ongoing support for training and teaching may provide an incentive to stay. 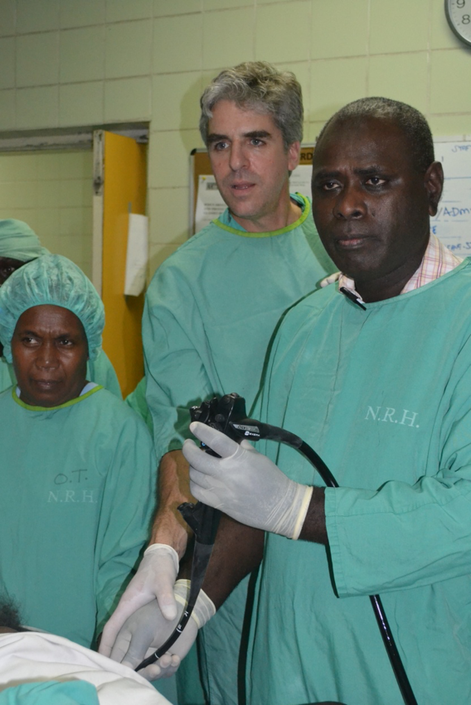 Figure 3: Hero of the moment, Dr Rooney Jagilly, learning gastroscopy at NRH, Solomon Islands
No more true was this to me, when I was confronted one evening on leaving National Referal Hospital by a desperate father holding his comatose child, who was rigid, pale and listless. I could recognise that she was about to die. She was the age of my eldest son, smaller and of thin structure, but no doubt enjoyed the similar childhood pleasures that he does. Her head was covered in a blood stained bandage. She had played underneath a coconut tree in her yard, when by chance, a large coconut fell from a height compressing her skull with force, she was ok for a while at home, but lost consciousness on transfer to the hospital. I helped carry her to resuscitation and was met by a doctor with less training years than mine - she skilfully obtained an intravenous access and carried out resuscitation, a skill I could not have done myself in this situation. Under the bandage we revealed a deeply compressed skull fracture; it made me sick to my core, emotionally. My colleague said there was no hope. She was certain to die. She was carried around to emergency surgery where Dr Rooney met her, a skilled senior surgeon with a great technical expertise now in colonoscopy and endoscopy. Rooney had been one of the original endoscopy trainees, and now a senior administrator and surgeon at NRH.

There was nothing I could do. I left to go home, lay awake once again thinking of the limitations of endoscopy where the basics such as emergency surgery so often need funding and support – not colonoscopy.

I arrived sleepless the following morning and walked intentionally to the paediatric bay desperate to hear the outcome, no matter how grim and predictable. To my surprise the young girl lay awake, alert, and able to talk. No pain, no neurological deficits. Rooney greeted me and on my question - how did he do it, he simply replied, we do what we can do.
​
I missed my breath in disbelief of this remarkable outcome and his humble response. “ We do what we can do “– it hit me in the face - the real value of endoscopy was not solely in the patient outcomes in NRH, it was providing a requested and simple skill to a very skilful yet overworked group of doctors, whose very roles are incredible to say the least in such a hostile environment.

​After this one event, as touching as it was emotional, I saw an incredible value in training and support of these partners in a remote part of the world. It is not merely enough to train a skill, but to support this skill through service, education and collegiate support. And it provides at least another reason to continue working in these tough environments for the very persons we train. ​

Figure 4: From around the Pacific, young graduates at Colonial War Memorial Hospital, with an enthusiastic teacher.
Teaching Others
I have been fortunate, to say the least, to have taught many young doctors in the pacific now. Many of these people put their families on hold and travel great distance and expense to spend time learning the skills of medicine and surgery. I feel proud to think that their clinical knowledge of ulcer disease, or cirrhosis may have a little to do with the tutorial or lecture I provided. So many of these wonderful future clinicians are now home in their own culture with their own families and people, leading the way to greater healthcare outcomes in their own countries. In a small way, I now have a connection with much of the pacific from Micronesia to the Cook Islands, Samoa to Fiji, East Timor to Solomons; there are colleagues everywhere. Being involved in ANZGITA allows me to connect and continue to support these people in far away islands.

Why?
I consider myself to be the luckiest and most fortunate doctor alive to bear witness to these experiences, to have played the smallest role in assisting patient outcomes within the pacific and to have developed a deep and all-consuming respect for the healthcare providers in the pacific islands.
I wished there was a descriptive that would adequately describe the emotion that comes when you are faced with the imminent death of someone that you can familiarise yourself with. Its gripping, and it sweeps across you leaving your eyes watering. I often harness these emotions when I am home and when I am away teaching. I remember these emotions as clear as I remember the faces and the stories of the patients and people they have come from in the pacific islands. I embrace these emotions with an open heart and allow them to strengthen my desire to help others and to help those that have limited resources or contacts with others around them. I once wrote down a personal statement following an earlier visit to Fiji in 2011. I keep it away to remind me of the works in the pacific. I’ll share it:

“As a physician, I find it mentally, emotionally and physically incredibly difficult to walk away from these gentle and friendly patients, many of whom face imminent mortality from disease. Its hardest knowing that the same patient (in one’s own practice) would have unbridled access to medical therapy, survival and hope. Teaching is the easy bit.... leaving is the hard part.  I suppose we do what we can do.“

The latter being the same comment my friend Rooney made on rounds. We share so much in common despite our nationalities, our cultures and our environments. These people are my motivation and this an insight into my story, so far.

This is my passion for ANZGITA.